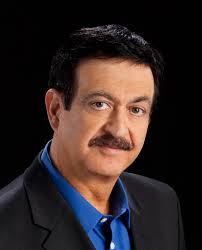 What is the fundamental truth that informs your life?

What is the core message that you want to communicate to the world?

Dr. Daniel Estulin is a preeminent historian of the global elite and Ph.D. of conceptual intelligence. He is focused on defining the future and exposes world dynamics and agendas. He provides the information, tools, and motivation necessary to inspire and catalyze the shift we as humanity have to make. In doing so, his work strengthens movements, ensures a more just system, and brings us closer to the promise of democracy. In his international best seller, The True Story of the Bilderberg Group, which has sold 7.6 million copies in 68 countries and been translated into 48 languages, Dr. Estulin was the first man to publicly expose this shadowy cabal of some of the world’s most powerful behind the scenes manipulators.

James Redfield is the #1 Best Selling Author of the CELESTINE PROPHECY SERIES OF BOOKS, Lecturer, Filmmaker, Therapist, and Writing and Business Consultant. Together the books have spent over three years on the New York Times Best Sellers List. His awards include the prestigious Medal of the Presidency of the Italian Senate, The Auburn University Humanitarian of the Year Award, and The International New Thought Award. Additionally, James is perennially included in the Watkins List of the 100 Most Spiritually Influential Living People. James is currently engaged in a world-wide Celestine Prophecy “Inspiration” Tour.  www.celestinevision.com

Serena Wright Taylor is a UFO Researcher, Intuitive Vedic Astrologer, award winning Event Producer and Humanitarian. She is an Associate Producer with Conscious Life Expo since the beginning.

Dannion Brinkley is an international New York Times best selling author of The Secrets of the Light, Saved by the Light, and At Peace in the Light. He is loved and respected worldwide for his inspirational lectures on the Near-Death Experience, Palliative and Hospice Care, Complementary and Alternative Healing Practices, and Self-Awareness. Since 1977, Dannion has worked diligently, looking for the best ways to integrate energetic, conventional and complementary therapies in modern day health protocols.

Kimberly Meredith is a world-renowned medical medium and healer. After two Near Death Experiences (NDEs), she experienced an incredible encounter with The Divine and received miraculous healing gifts from the Holy Spirit. Through her healing mediumship and blinking eyes, she can “scan” or see into the body faster and more accurately than the fastest MRI and thermography machines, accurately detecting all manner of medical conditions. Kimberly also possesses the ability to emit healing Scalar energy even through walls, as measured by Dr. Norm Shealy during scientific testing to validate Kimberly’s abilities. She has also been tested at the famed IONS Institute of Noetic Sciences Institute, founded by Apollo astronaut Edgar Mitchell, as well as the PsyTek Subtle Energy Laboratory.

Daniel P. Sheehan is a Constitutional and public interest lawyer, public speaker, political activist and educator. For over 45 years Daniels work has helped expose injustice and elucidate a compelling vision for the future of humanity. He was the Director of “The Strategic Initiative to Identify The New Paradigm” of former Russian President Mikhail Gorbachev’s and former U.S. Secretary of State James Baker, III’s post-Cold War STATE OF THE WORLD FORUM. Since 2015 Sheehan has lectured on American history, politics at the University of California, Santa Cruz. Serving as Special Counsel to President Jimmy Carter’s classified study of “The UFO Phenomenon and The Possibility of the Existence of ET Intelligence;” and as General Counsel to the “Disclosure Project;” and to the 2013 Citizen Hearings on Disclosure.

Mary Rodwell is the Founder and Principal of Australian Close Encounter Resource Network (ACERN). ACERN’s primary role is to offer professional counselling, support, hypnotherapy and information to individuals and their families with ‘anomalous’ paranormal experiences, particularly specializing in Abduction-contact experiences. Mary is also Director and Chair of the Experiencer Support Programs of Dr Edgar Mitchell: Foundation for Research into Extra-­‐terrestrial Encounters (FREE)

William Henry is a Nashville-based author, investigative mythologist, art historian, and TV presenter. He is the leading expert on the spiritual implications of A.I. and is an internationally recognized authority on human spiritual potential, transformation and ascension. The spiritual voice and Consulting Producer of the global hit History Channel program, Ancient Aliens”, and host of the Gaia TV series “Ascension Keepers,” “The Awakened Soul: The Lost Science of Ascension”, and “Arcanum”. Along with his wife, Clare, he leads luxury, ascension-themed tours to sacred sites including Egypt, France, Italy, Israel and England.

Tracey Ash, Global Ascension Leader and New Earth Builder, Initiated Sufi, Alchemist and Mystic. A formidable force of disclosure on consciousness technologies, sovereign humanity, The Planetary Grid and smashing False Matrix. Her contact footage was so good that she was invited to The United Nations. Traceyash.com  Avatarsoftheearthgathering.com

Susanne Wilson, The Carefree Medium is a scientifically authenticated master medium and an empowering keynote presenter at international conferences. Susanne appears on Amazon Prime Video, Fox News National, Coast to Coast A.M., CBS Radio, Good Morning LaLa Land, and Gaia TV. She is the author of the books, "The Spirit Guides Book" and "Soul Smart: What The Dead Teach Us About Spirit Communication." She is a Founding Board Member Emeritus of the Afterlife Research & Education Institute (AREI), research medium, and Board Member of the SoulPhone Foundation.

Sonja Grace, award winning author, mystic healer is an energy surgeon- who works with clients around the world. Sonja is both Native American and Norwegian. She is adopted on the Hopi Reservation, where she is considered a medicine woman. Sonja has appeared on GAIA TV’s Great Minds, Ancient Civilizations and Beyond Belief with George Noory, and ‘Coast to Coast AM’. Her new oracle is ‘Odin and the Nine Realms’.  www.sonjagrace.com

Michael Leas is an inventor, visionary artist, metaphysical scientist and inter-dimensional explorer. He has done variety of energy demonstrations for the Tesla Technology Conference, Institute of Noetic Sciences, The Unarius Learning Center, and many more. He is the developer of the Magnevex™ Research Project.