Billy will be presenting two talks at the 2021 Expo 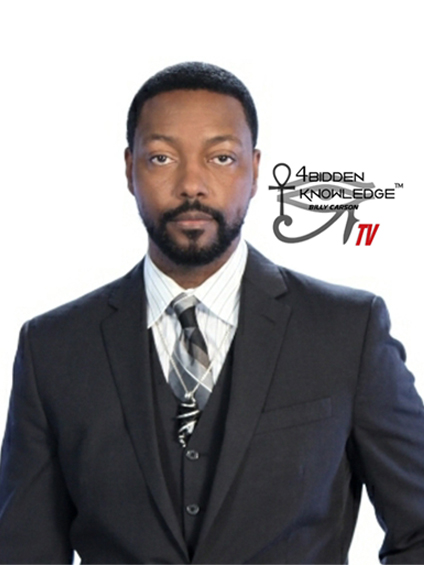 Nothing has captured mankind's imagination like the Great Pyramid at Giza. Deep within the construct of pyramids all over the world are hidden messages, technology and the secrets of the cosmos. Billy Carson will take you on a journey around the world to discover and decode these hidden mysteries that were left behind for our current generation to unveil.  Friday, February 19: 3:30 pm - 6:30 pm PST.  With co-speakers Jason Martell and William Henry.  As part of this theme segment, Billy will speak from 4:30 pm - 5:30 pm.

The eyes will only see what the mind believes. We have to re-learn the process of creation to become conscious creators. We don't see with our eyes as we've been taught our whole life. We see with the decoding systems of our brain. Inside us, we have access to information from the entire universe and there are techniques to access this. Billy Carson will show us exclusive techniques that our ancestors have been using so we can fully take control of our lives.  Saturday, February 20: 11:30 am - 1:00 pm PST

Billy Carson is the co-founder of the United Family of Anomaly Hunters (UFAH). Our mission is to provide enough evidence of past and present life on Earth, and other celestial bodies inside our own solar system, and of technologies being used along with their potential origins. We have pioneered two new fields of science. Archeo-Astronomy and Astro-anthropology. I feel that these will be actual college courses in the not-so-distant future.
Mr. Carson is also the CEO of First Class Space Agency based in Fort Lauderdale, FL. Billy Carson’s space agency is involved in research and development of alternative propulsion systems and zero-point energy devices. Mr. Carson is also the Co-Owner of Pantheon Elite Records. Which is a conscious music record label.