Adam will be presenting two talks at the 2021 Expo 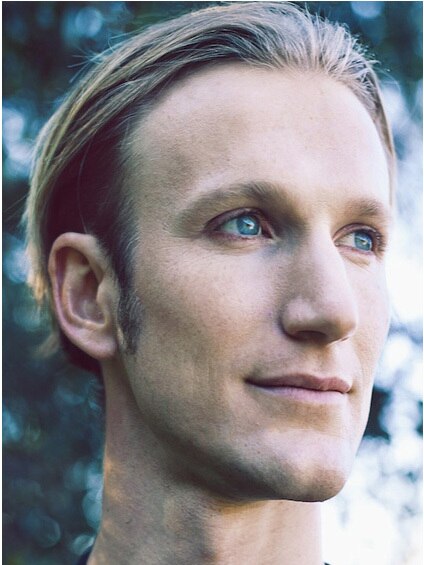 Who are we, and where did we come from? These great questions have been central in the lives of countless philosophers, scientists, and anthropologists for millennia. What if the theories we learned in history are built on false premises, filtered by ethnocentric scribes, and tilted by religious doctrines, judgements, and persecutions? What if our true history is hidden in the mists of mythology, the origin stories of people around the world, and encoded in the ancient stone structures around the planet?

Join Adam Apollo for this keynote exploring the truth of our human origins, the mysteries of ancient sites around the world, and the data which suggests our ancestral lines may stretch beyond our solar system. The implications of this work reveal that we may not be working towards first contact with extraterrestrial civilizations, but rather preparing for a world-shifting family reunion.

Science of Consciousness: A Unified Harmonic Matrix - Quantum Geometry and The Physics of Consciousness, Saturday, February 20: 8:15 am - 11:15 (PST)  With co-speakers Linda Moulton Howe, Caroline Cory and host Scott Ware.  As part of this theme segment, Adam will be speaking at 9:15 am - 10:15 am PST.

The language of the Universe is light, vibration shaped through geometry. Rediscovering the codex of Light Language returns us to the Universal format of communication and realization, through the direct exchange of Consciousness. Awakening our innate capacity for Universal Language opens pathways for us to commune with Beings of all kinds, especially those who travel the Stars, and have mastered the Art of Telepathy.

What is Consciousness? Journey to the heart of spacetime itself, and discover the quantum geometry of the fundamental lattice of energy which composes all things. From first principles, Adam Apollo will share leading edge developments in Unified Physics, and their application in understanding the mechanisms of consciousness and the spiritual faculties of being. Explore the microcosm, metacosm, biocosm, and macrocosm, and discover the fractal holographic synergy between all layers of the Universe, and the ways each layer relates to our experiential awareness. Interweaving the work of Buckminster Fuller, Nassim Haramein, Max Planck, Albert Einstein, and other great thinkers of our Age, gain a transcendent and unifying view of our ongoing dance of self-discovery.

Adam Apollo has been a physicist, systems architect, designer and developer for nearly 20 years, founding several education and technology oriented companies and organizations, as well as producing hundreds of websites and works across data sovereignty, decentralization and cryptocurrency. He has been a featured speaker on future technology and unified physics at the White House, the United Nations, and at conferences around the world. As founder and CEO of Superluminal Systems, he built the Resonance Academy for Unified Physics, writing the college level Modern Physics module exploring physics history from Descartes to Planck.

As a child, Adam Apollo had several encounters with extraterrestrial starships. Since awakening at 15 years, Adam dedicated himself to extensive studies in symbolic geometry, past-life recall, sanskaric healing, Taoist alchemy, martial arts, energy therapies, occult magic, and many diverse ancient and modern spiritual traditions and practices. He has had countless contact experiences, organized CSETI and ECETI events, called and connected with hundreds of Starship crews, and developed a comprehensive knowledge of many species who have interacted with humanity over many millennia.